Octane Finance-backed racer Harry King produced a drive that will live long in the memory to secure his sixth victory of the Porsche Carrera Cup GB season at Knockhill.

Harry, the current Porsche GB Junior driver, had made the long trip to Scotland holding the championship lead after back-to-back double wins at Brands Hatch and Oulton Park allowed him to pull clear of team-mate Josh Webster in the standings.

The talented teenager topped the times in pre-event testing and carried his recent impressive form into qualifying, where he maintained his 100 per cent record by putting his Team Parker Racing-run car onto pole position for the fourth meeting in a row.

Chasing a record-equalling sixth successive win in Britain's fastest single make series, Harry made a fine start when the race kicked off and quickly built a lead of nearly four seconds over the pack behind, setting the only sub 49s laps of the race in the process.

Unfortunately, his bid to equal the series record came to an end when a coolant leak caused by a stone thrown up from the circuit forced him into the pits to retire, which also meant Harry would start race two from down in tenth place on the grid.

With Knockhill being one of the trickiest circuits on the calendar on which to overtake, Harry headed to the grid unsure of what to expect but was soon making up places as he battled into the top six by the fifth lap.

Consistently lapping quicker than anyone else on track, Harry worked his way up into third spot before making a move on Webster for second on lap 15 - with leader Scott McKenna some 5.5 seconds up the road.

Electing not to simply settle for second, Harry set off in pursuit of his rival and brought the gap between the two down lap-by-lap until he started the final tour right behind his rival.

McKenna would crack under the pressure just three corners from the end as he ran wide at Clark's, allowing Harry to sweep through to secure a stunning race win.

He now leads the standings by 17 points going into a short three-week break before round five at Thruxton.

"That was the best possible way to bounce back from the first race and to win from tenth on the grid at Knockhill is amazing," he said. "It was always going to be a challenge as this circuit is known for being a difficult on on which to overtake, but I was quite cautious in making up places and made sure there were no mistakes on my way through.

"Once I got up to second place, I set my sights on Scott and I was watching the pit board every lap and could see the gap was coming down. I started to realise that a win could be on, drove every lap like it was a qualifying lap and ultimately forced him into a mistake.

"Taking the win was a great way to repay the team for the work they did to repair the car after race one, which was one of those things that can happen and that we couldn't control. They have given me a fantastic car again this weekend, and I really feel at one with it at the moment. I can't wait for the rest of the season." 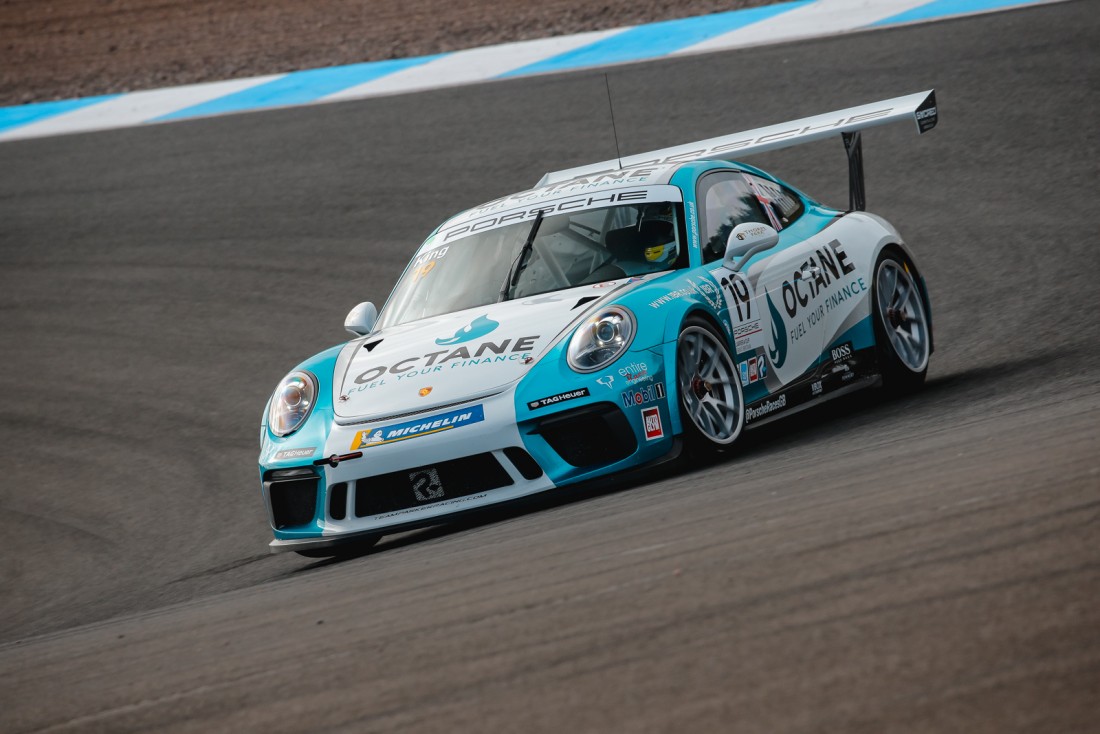