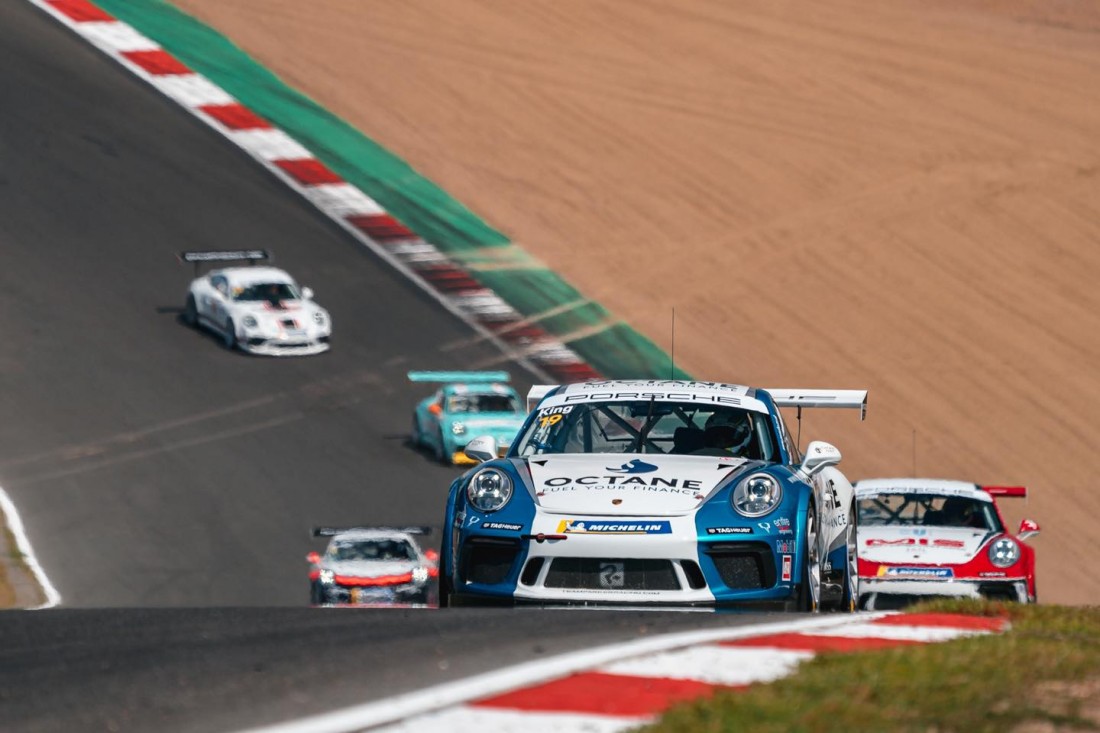 As had been the case at Donington Park a week earlier, the Porsche UK Junior driver would be the man to beat in qualifying, where Harry secured pole in dominant fashion around the fearsome Grand Prix circuit.

Setting three laps that would have been fast enough to head the pack, the talented teenager was in a class of his own as he smashed the qualifying lap record to earn his place at the the head of the field - leaving confidence high of fighting for a second win of the campaign in the weekend’s opening race.

Having lost the lead when the lights went out for the first race, Harry found himself running behind team-mate Josh Webster when the safety car was called out for the second time in the race after two cars clashed on track.

On the restart, Harry sniffed the chance to go to the lead heading into turn one and made a stunning move going into Paddock Hill Bend, sliding the Octane Finance car up the inside to move into first spot.

Holding on to secure the victory, Harry then found himself fourth on the grid for race two thanks to the reverse grid draw.

Moving into third on the first lap, Harry then managed to get ahead of Webster with another impressive move at Paddock Hill Bend after an early safety car, and then dived up the inside of leader Matty Graham at the final corner just before the safety car came out a second time.

When the action resumed, Harry was able to rocket away from the chasing pack to take a second win of the weekend - and three wins from four this season.

Harry heads the standings by eleven points ahead of the next round at Oulton Park.

"It's been another great weekend, and to have a pole and two wins is fantastic," he said. "In race one, I made a mistake at the start to drop to second but I was determined to get back ahead of Josh and after the safety car, I could see him struggling a bit with his tyres. When there was a chance to go for the lead, I made sure I took it and it was a move that got people talking, which is always pleasing.

"I made some good moves again in race two and I have to give credit to Team Parker for giving me a fantastic car once again this weekend. I've really been able to hit the ground running in the Carrera Cup  and I think I've shown my intentions when it comes to the title.

"There is still a long way to go, but my confidence is certainly high going to Oulton Park in a few weeks time." 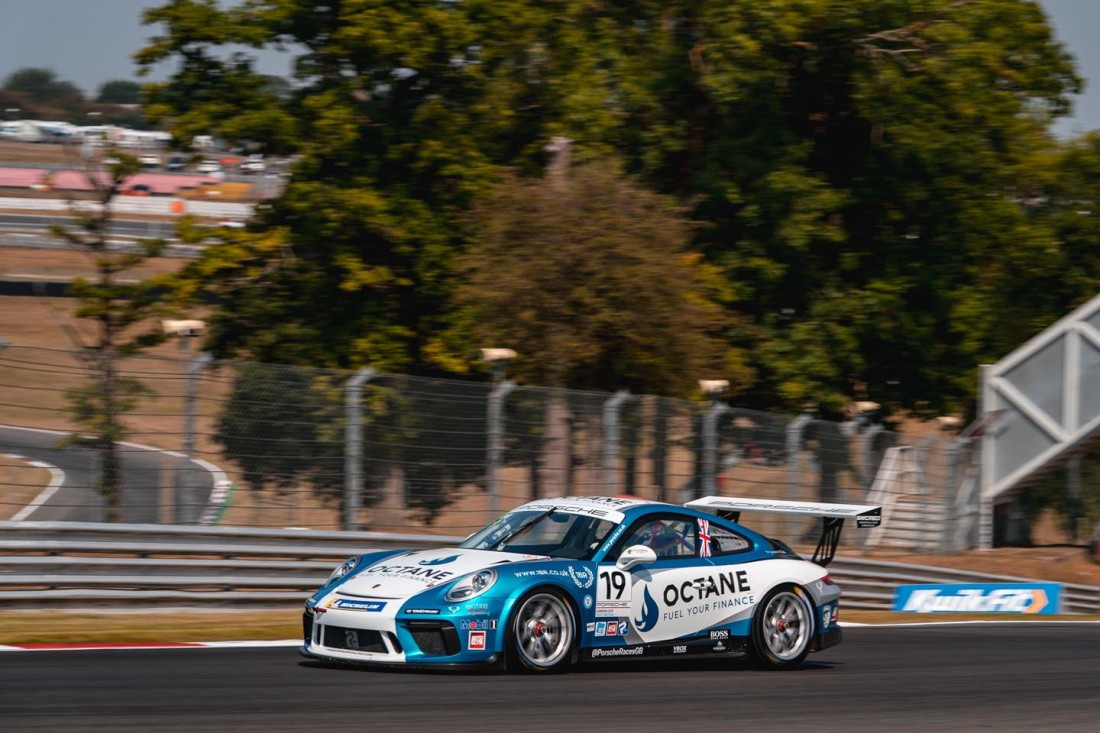