Octane Finance-backed driver Harry King will look to build on an encouraging pre-season test programme when the new Porsche Carrera Cup GB season kicks off this weekend at Donington Park.

The delayed season opener will mark Harry’s debut in the fastest one-make series in the UK, with the talented teenager from Maidenhead in Berkshire having secured the coveted role of Porsche UK Junior Driver for the next two years.

Harry makes the move into the Carrera Cup as the reigning Ginetta GT4 Supercup champion, and has quickly got up to speed at the wheel of his Porsche 911, which is being run by leading outfit Team Parker Racing with primary backing from new-to-market car finance company Octane.

Prior to the season being delayed as a result of the COVID-19 pandemic, Harry showed his talent with a top three performance during the annual media day at Silverstone and has worked hard whilst on-track action was suspended to keep himself fighting fit for the start of his campaign.

After the resumption of track action at the start of July, Harry has again shown solid pace during further tests at Donington Park and Brands Hatch, and now heads into the opening two races of the season looking to make a strong start to his championship campaign.

"We were on the pace right away when we tested alongside our rivals before lockdown which gave me a lot of confidence, and we’ve had two official tests in recent weeks which have also been positive and where our lap times were competitive," he said. "I’m working well with my Pro team-mate Josh Webster and we’ve been making progress with the car, and I certainly feel in the right place with the right team.

"Because I have two years on the Porsche Junior Programme ahead of me, I’m under no pressure in terms of results this season. Of course I want to fight for the championship in the same way everyone else does, but only time will tell if that is achievable in year one. It’s down to me to go out there and do the best job I can and see where we end up.

"This is going to be a very competitive season and being consistent is going to be a major factor. With the support of Team Parker, Porsche and Octane Finance, I’m hoping for a solid start to the year and will be giving my all for some strong results at Donington Park. With the delays we’ve faced with the calendar, I can’t wait to get started."

The deal to support Harry sees Octane Finance expand its involvement in the British Touring Car Championship support series, with managing director Dan Kirby excited to see what can be achieved on track during the year ahead.

“Harry has done a great job during pre-season testing and has been right on the pace against some quick opposition," he said. "We’re looking forward to seeing how the Donington Park weekend pans out and are confident that he’ll be right in the mix towards the front in one of the best looking cars on the grid.

"It’s going to be a very busy season because of the delays to the calendar and we’re looking forward to watching Harry’s progress as the campaign goes on." 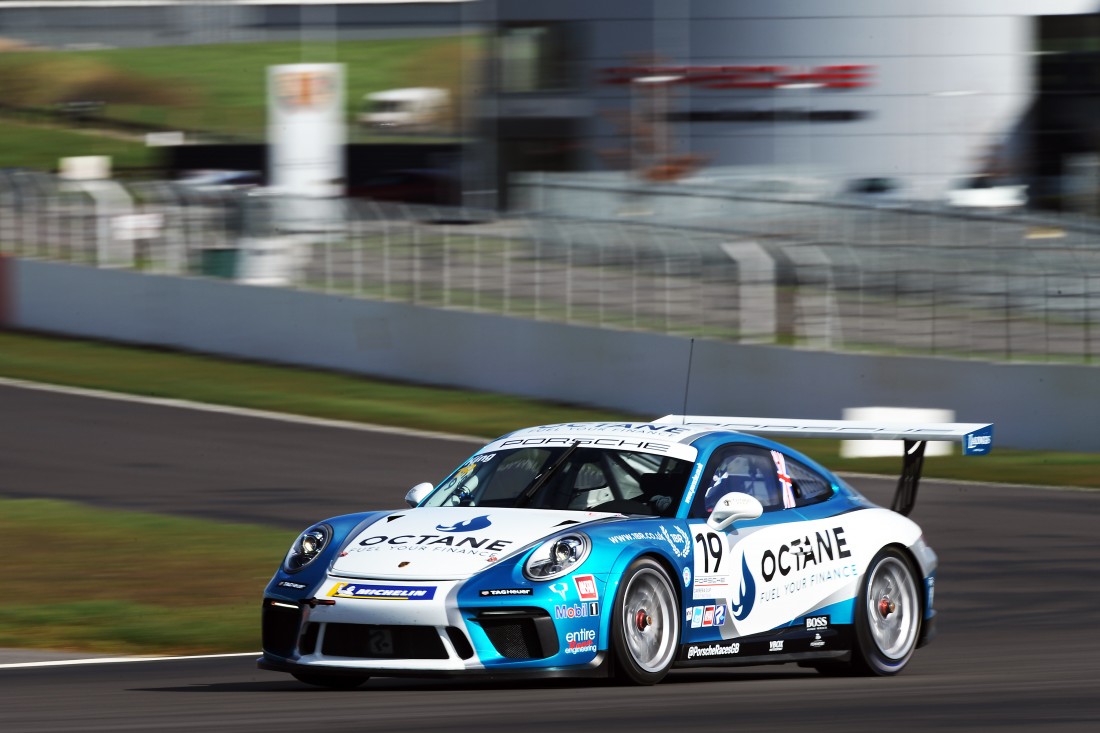