Touted as the "most original WRC car in the world," this Impreza was driven to victory in Great Britain by Richard Burns in 2000. It's now the most valuable Subaru on Earth.

The vast majority of old race cars are far from original. Most have been crashed or driven into the ground, with a large percentage of parts replaced. This is especially true with old rally cars. If you're looking for something truly original to add to your collection, this Subaru Impreza WRC car was one of the few on the planet that fit the bill. It's no wonder, then, that it just sold for an insane $865,000.

It was with this very Impreza S6 that the late Richard Burns competed in the Tour de Corse, Rallye Sanremo, and Network Q Rally of Great Britain during the 2000 WRC season. Though his chances of winning the overall title were lost with a crash in Finland earlier that year, he was still determined to put in a mega performance at his home event, and won the Network Q Rally overall.

The car immediately went into a collection after its win, the owner choosing to preserve the car's original race-battered state rather than have it restored. There's visible damage to the side skirts, missing wing mirrors, and a handful of other imperfections to show this is no garage queen.

The Impreza's previous owner of three years recently had its mechanicals refreshed to ensure continued smooth running at historic demonstration events. The Collecting Cars auction house, which sold the car on May 30, 2021, even uploaded a video of the car flying through the very Welsh stages it took victory on over two decades ago. 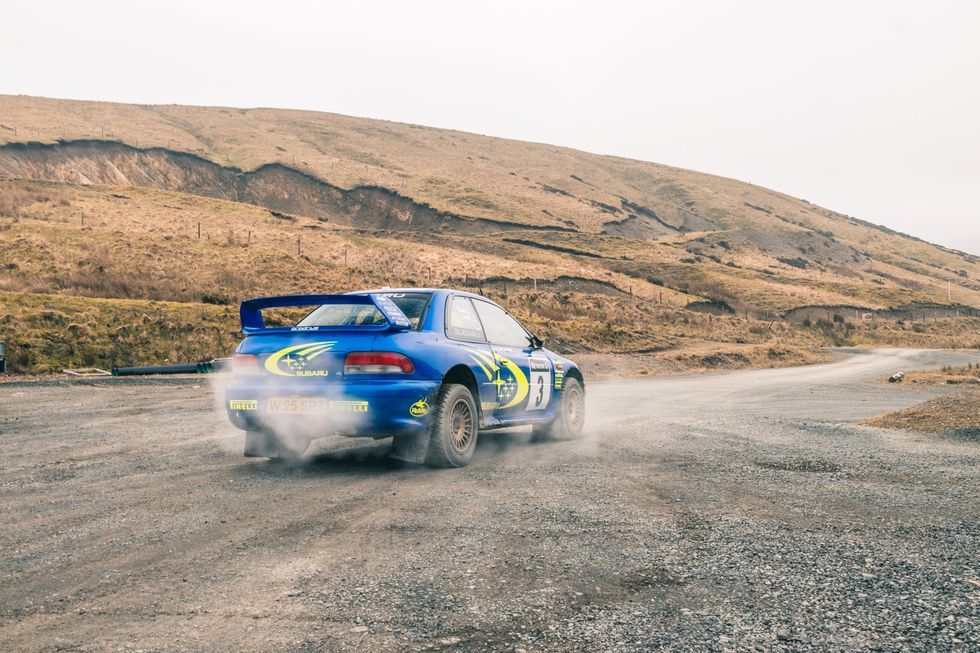