Octane Finance-backed racer Harry King enjoyed a stunning start to his time in the Porsche Carrera Cup GB with victory on his series debut at Donington Park.

The hugely talented teenager - who is the current Porsche GB Junior Driver and also a member of the BRDC's Rising Stars programme - arrived at the East Midlands circuit hoping to show the kind of pace that saw him secure the Ginetta GT4 Supercup crown during the 2019 campaign, a season that marked him out as one of the top young stars in British racing.

Hitting the track on Saturday morning in his Octane Finance-liveried, Team Parker Racing-run, Porsche 911, Harry was on the pace straight away and produced a stunning performance to put his car on pole position at the first time of asking.

From pole, Harry maintained his lead when the lights went out for the opening race and looked to build a lead over team-mate Josh Webster; no mean feat considering Webster's years of experience in the series and his position as a former champion.

Establishing a lead of more than a second, Harry looked good out front until a slight error at the final chicane saw him clip a tyre stack on the inside of the corner, damaging the splitter on his car and hampering performance. It allowed Webster to get ahead, but Harry produced an impressive drive to keep pace with his rival and follow him home in second place.

With the distinctively-liveried Octane Finance Porsche repaired for race two, Harry lined up third on the grid but wasted little time in moving to the front on lap one, making up a place of the line before securing the lead with an impressive pass at McLeans.

From that point on, he wouldn't be headed as he secured a maiden win in the series and with it, a five point championship lead heading to the famed Brands Hatch GP circuit next weekend - the home venue for new-to-market car finance specialists Octane.

"As it was my debut in the series, I didn't really know what to expect this weekend and there was no pressure on me in terms of results," he said. "To come away from Donington Park with a second place and a win is fantastic, and certainly more than I hoped for. It's a great way to start my first season in the Porsche Carrera Cup and to be leading the championship is fantastic.

"After race one I was a bit disappointed despite taking second place, but I was looking forward to race two as I had a chance to showcase the pace we showed in qualifying to take pole.

"I knew we had something in our back pocket and it was a case of getting ahead of the two cars in front and then trying to break away with the pace we had on cold tyres. I was able to gain time consistently on the pack behind and extend my lead, and that was great; it gives me a lot of confidence to take into Brands Hatch next weekend.

"Hopefully I can carry the momentum from Donington into round two and build on what we have achieved from the opening weekend." 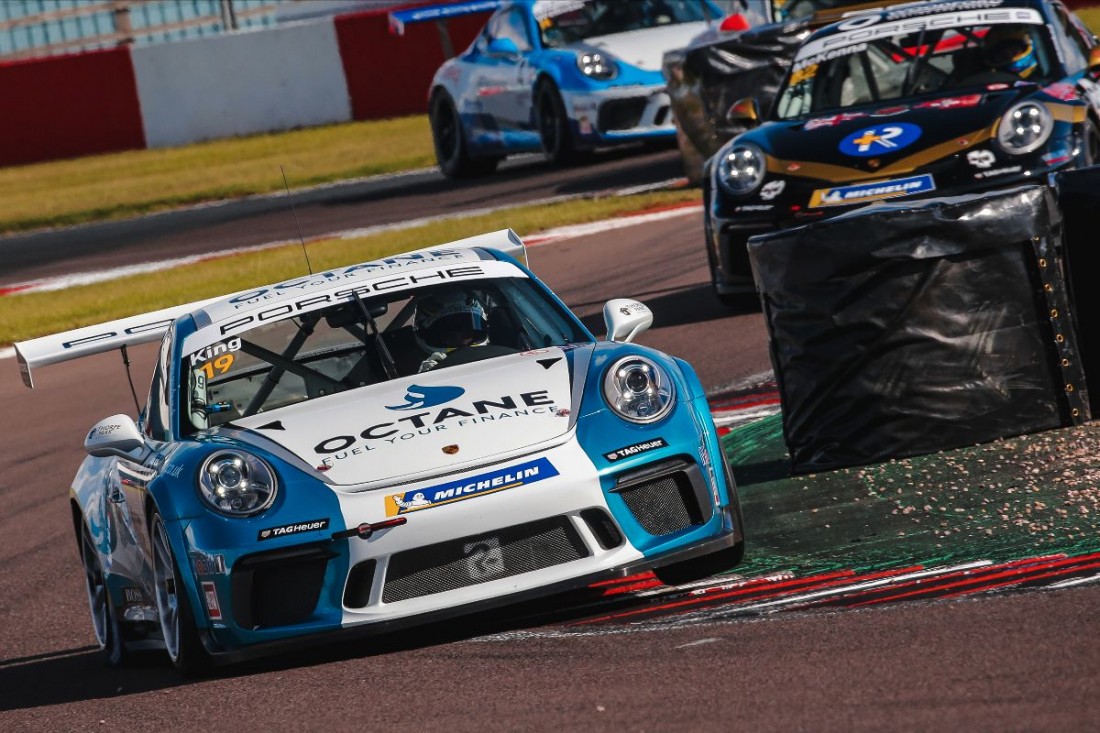