Harry, the current Porsche GB Junior driver, headed into the third round of the year on the back of an impressive run of form that had seen him win three of the first four races in the series at Donington Park and Brands Hatch.

As had been the case in the opening rounds, the stunning Octane Finance-backed Porsche was on the pace from the moment the field took to the track for Friday practice, with Harry posting the fastest lap in both wet and dry conditions.

Qualifying then saw him maintain his impressive 100% pole record in Britain's quickest one-make series as he beat team-mate Josh Webster to the fastest time.

Race one would go perfectly for Harry as he saw off Webster's challenge into turn one at the start, and was then able to scamper away from his main championship rival.

Posting the fastest lap of the race, Harry led every lap as he made it four successive wins - the first driver to achieve the feat since Dan Cammish back in 2016.

Sixth on the grid for race two thanks to the reverse grid - and on a wet, but drying, circuit - Harry knew he faced a challenge to keep his impressive winning record going, but rose to that challenge in fine style.

Battling his way through to second place in the early laps, Harry would become involved in a huge fight for the lead with Webster that saw the pair run side-by-side on more than one occasion - thrilling fans watching live on ITV4.

A brief caution period would halt the fight between the pair but when racing resumed, Harry seized his chance to take the lead and with it, extended his winning record to five as he moved further clear of Webster in the standings.

"Team Parker has done a fantastic job with the car and it's clear to see that at the moment, we have pace that no-one else can match," he said. "On a personal level, I'm really pleased to have come to Oulton Park and extended my lead in the championship, and a pole and two wins is a brilliant weekend.

"Race one was pretty straightforward from pole but that wasn't the case with the reverse grid in race two. I had to work hard to make up places early on and it was tricky being on the wet tyre on a drying track.

"Once I caught up with Josh, I knew where I was stronger and when I had the chance to make a move, I calculated it well and got ahead. There's still a long way to go in the standings but it all looks positive so far in the championship heading to Knockhill next time out." 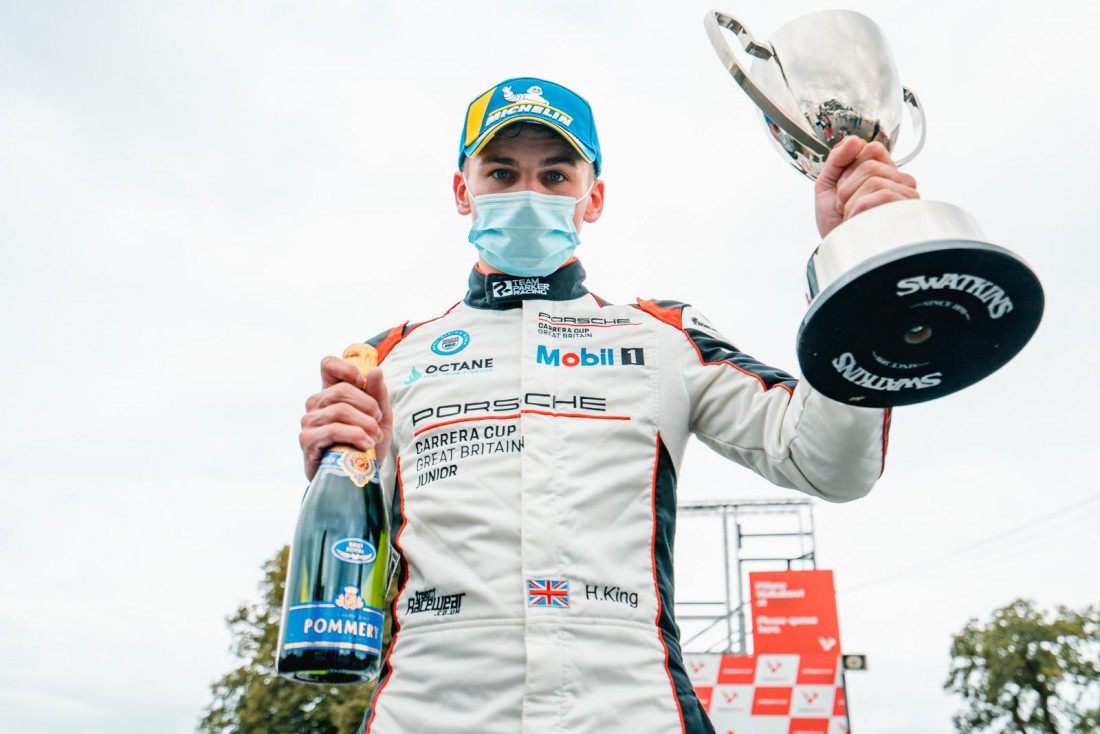