Longer than its predecessor, the new model will offer a roomier cabin thanks to a stretched wheelbase.
The SEAT Leon enters its fourth generation with a whole new look and modified proportions to better compete in Europe’s hugely challenging compact class. Debuting today at home in Martorell, the company’s best-selling car is being revealed in five-door hatchback and Sportstourer (estate) body styles, but without the SC model due to declining demand for three-door hatches. 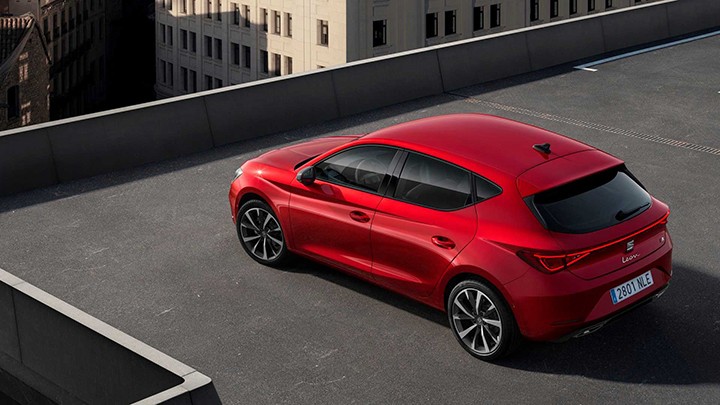 It looks just as sharp as the model is about to replace, but the styling has gone through quite a few changes hinted by last year’s Formentor concept. SEAT modified the Leon’s appearance not just for the sake of giving it a fresh look, but also to make the body sleeker by improving the drag coefficient by approximately eight percent. The new Leon is the latest model in the automotive industry to jump on the full-width taillight bandwagon and is SEAT’s second after the Tarraco midsize SUV. 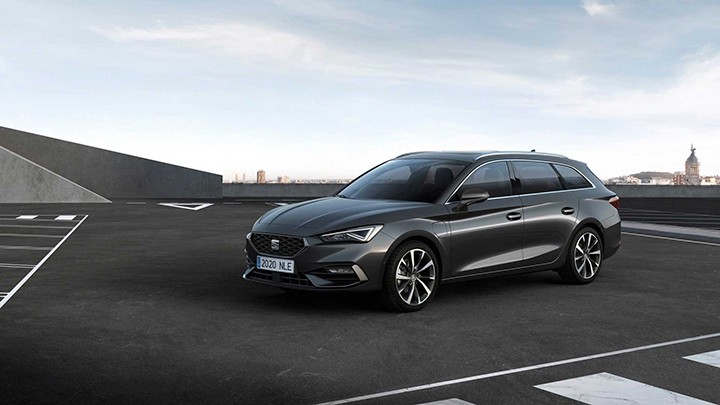 In terms of practicality, the cargo capacity of the hatchback has remained unchanged at 380 litres, but you’ll be happy to hear the estate can now swallow an additional 30 litres for a grand total of 617 litres. An impressive number for sure, but the mechanically related 2020 Skoda Octavia Combi’s boot is even bigger – at 640 litres.

Much like its Czech and German cousins, the revamped Leon will be optionally available with full-LED headlights and taillights, along with those fancy dynamic turn signals that are becoming more common on mainstream cars. The interior cabin is also full of LEDs, including for the ambient lighting providing a cozy atmosphere. 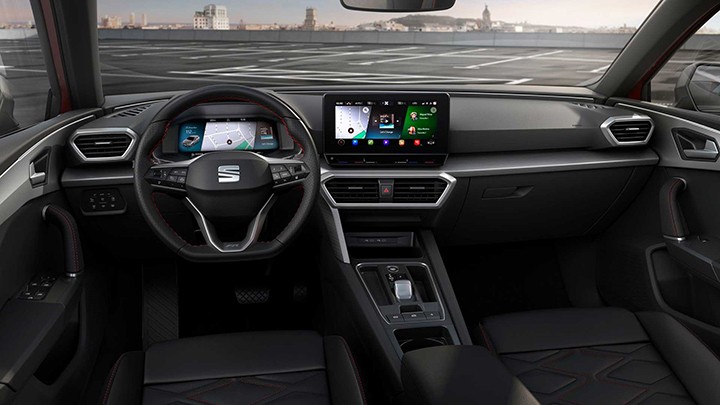 Billed as being SEAT’s “first fully connected car,” the 2020 Leon comes with a 10.25-inch driver’s display combined with either an 8.25-inch touchscreen on the lesser models or a larger 10-inch infotainment if you go for a more expensive trim level. It goes without saying the company’s Full Link system offers Android Auto and Apple CarPlay integration, and you’ll also be able to wirelessly charge your smartphone. No more cables! 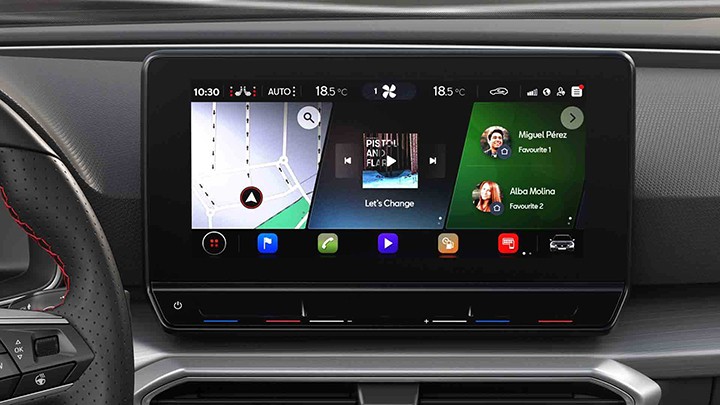 While the overall appearance of the dashboard has its own personality, we do notice more than a few traits we’ve seen already on the latest Golf and Octavia. That’s hardly a surprise since the three cars ride on the same MQB Evo platform, with the next Audi A3 to follow shortly on similar underpinnings.

The engines are exactly the ones you would expect knowing about the Leon’s strong connections with other models from the VW Group. The entry-level cars will offer a three-cylinder 1.0 TSI with either 89 or 108 bhp, followed by a four-cylinder 1.5-litre TSI with 128 bhp and 148 bhp. The beefier 2.0-litre TSI is rated at 187 bhp and comes exclusively with a dual-clutch automatic transmission.

The stronger versions of the 1.0 TSI and 1.5 TSI will be available with mild-hybrid tech, and in these cases, the Leon will be a DSG-only affair. 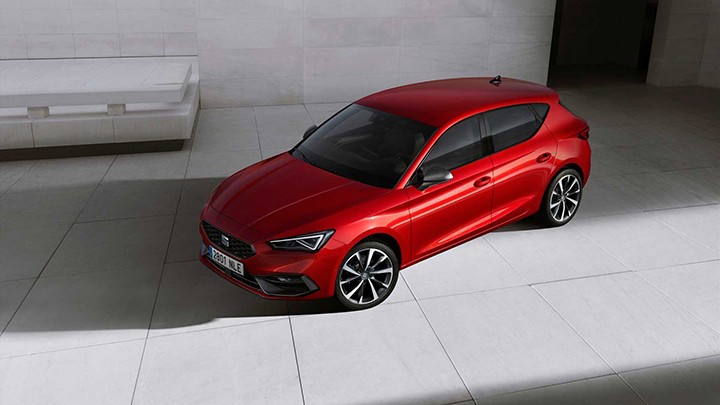 In some markets, SEAT will also sell a TGI version running on compressed natural gas (CNG) and equipped with a 1.5-litre mill rated at a decent 128 bhp.

Mirroring the Golf GTE and Octavia iV, the fourth-gen SEAT Leon is getting a plug-in hybrid derivative with a 1.4-litre TSI engine, an electric motor, a six-speed DSG, and a 13-kWh lithium-ion battery pack. It will have a combined output of 201 bhp and an electric range of around 37 miles (60 kilometres) per WLTP.

The overhauled Leon is programmed to hit the market in the second quarter of 2020, with Cupra performance versions to follow. Pre-order is open now at seat.co.uk/all-new-leon